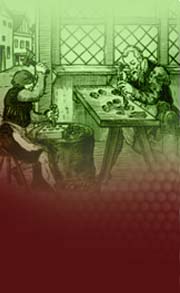 In excavations near Moscow bones were found, which were used 30000 years ago by mammoth hunters to stitch pearl embroideries onto pieces of leather.

10000 years ago findings of press stones implemental for sewing.

2500 years ago bronze thimbles and needle pushers were used in the Mediterranean area.
As of 100 A.D.: the Romans spread bronze thimbles in part of Europe. Around 1150: Holy Hildegard v. Bingen: a thimble as part of her dowry upon her entry into the cloister in mentioned.

Around 1500: first masterpieces in thimble handicraft in Nürnberg. Paracelsus discovers the metal zinc. Because of this there are new brazen products (also thimbles).

As of 1537: first thimble-makers order. Around 1568: Jost Ammann prints a book in which al handicrafts are shown. The thimble-makers with their new manufacturing method are shown in woodcuts.

As of 1628: thimble mills in Hollands, later foundation of a thimble-makers’ trust.

As of 1696: Bernhard v. der Becke from Iser-lohn builds a new factory for brass.
Thimbles in a water mill in Sundwig.

As of 1700: The Dutchman J. Lofting produces thimbles in London with help of a machine; this is the beginning of the thimble industry.

As of 1710: big productions in the Rhineland, Sundwig and Iserlohn. 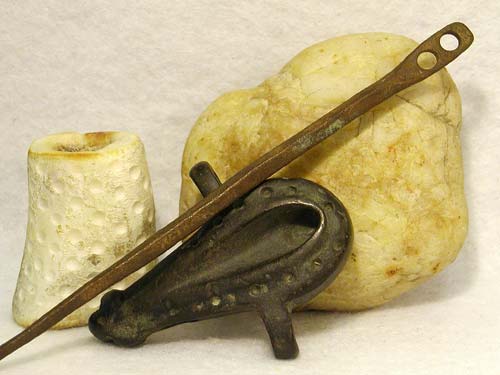 Precursor of the thimble.

Thimbles of the Middle Ages. 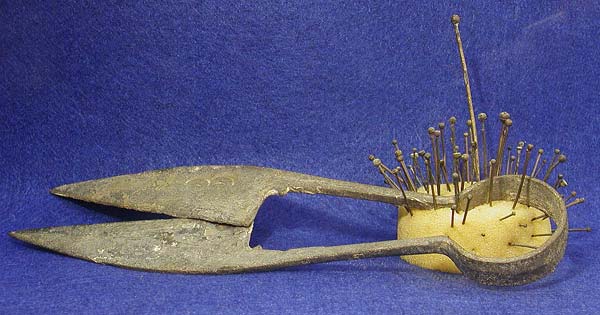 Scissors and pins from the middle ages.

As of 1756: the Swedish try to reveal the secret of thimble manufacturing by spying.

As of 1763: also in Austria the fabrication succeeded after empress Maria Theresia enticed away thimble foremen from Nürnberg and smuggled them out of town in a straw wagon.

1824 the silver smith J.F. Gabler from Schorndorf showed his thimbles to the publicity. This was the basis for the biggest production worldwide. Together with two other companies, Soergel & Stollmeyer from Schwäbisch Gmünd ans Lotthammer from Pforzheim, South Germany formerly built the hub of the world in the field of thimble production. Other centres of manufacturing were France, England and America.

1963 The Gabler company was sold to Helmut Greif from Winterbach, who did up the fabrication, which burned completely in the end.